When I did my writing n that 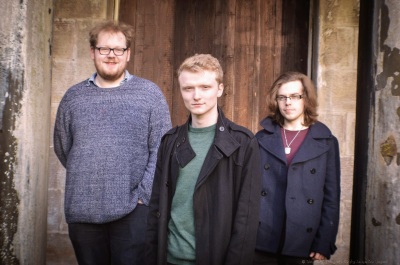 On a frantic Thursday night, I end up splitting my time between two shows at two different venues. One being the Scottish Music Bloggers showcase in Nice ‘n’ Sleazy’s, and the other being the Wecamefromwolves show at Stereo. Managing to catch the support act Edgar at the latter, I’m faced with something slightly bizarre. A three piece from Ayr, they are comprised of a keyboardist, a bassist and a drummer. They don’t look like a conventional pop band, never mind a hardcore pop band – as they also describe themselves – but it works. They’re something different in a music scene that is rife with bands trying to achieve anthemic glory in their songs. Their songs are fun but have heart. Easily a highlight of the performance comes from the bassist, Ben, who goes hard and fast and has utter glee etched on his face for the entirety, the end result being him sprawled on the stage due exhaustion. The drummer – after also going too hard – has to stop between songs to fix what has come undone with his kit, while vocalist and keyboardist Stuart fills the time by talking to the crowd. While he’s funny and self deprecating, it’s obvious that they would rather be spending their time playing. When they do, it’s good. It’s sugar-y sweet pop, but they have a tougher edge. A bit like If Ben Folds was thrown into hard rock band, maybe. Cracking out a cover of Lorde’s ‘Royals’ shows off the extent of their ability, while it is somewhat satirical, I feel it takes great skill in a frontman to be able pull off singing the line “I’m in love with being queen,” without a sign of discomfort.

I’d seen a review before saying that the band would benefit from having a guitar, but on seeing them I thought; do they really? It could be argued that it would give them more of an altogether sound, but then the focal point of the keyboard would probably get pushed to the wayside. The piano solos that stand on their own would have to make way for guitar solos. Do we really need another band that only has keys as an accompaniment? Popular bands with pianos with at the forefront don’t need to stay in the late 90’s. I say raise up the unconventional in music, empower the bizarre and encourage a revival for hardcore pop. We don’t need more of the same that we’ve all heard before in recent times, we need something different. We need Edgar.
Edgar will be playing a support gig at King Tut’s this month, although they are being coy as to who. If you can guess, they’re running a competition on their Facebook for free tickets.